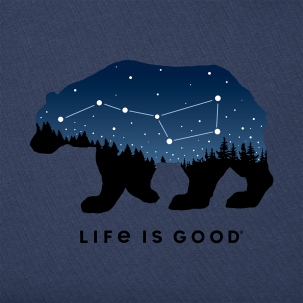 One of the reasons I’m feeling an urgent push to trace out the rough boundaries of the Starry Bear proto-tradition is because I’ve noticed a shift over the last five or so years towards a greater prevalence of syncretic and dual-pantheon polytheisms. I don’t know how well this is being accepted within mainstream groups and forums, but the number of folks talking openly about it is nice to see, especially since they don’t seem to be getting the sort of flak I did when I came out as having a Greco-Egyptian practice back in 20- mumble mumble. (Fuck, I’m old.)

With that groundswell and rumors circulating about the Starry Bear I’ve started getting a bunch of folks writing me with questions about how to do Ásatrú and Hellenismós together. And, fuck, man – I don’t know. I haven’t been part of the latter community since I got more than hospitable with the Netjeru and I was never an Ásatrúar. (Or Theod, or Uni, or Northern Trad Shaman, etc.) I’ve had encounters with Heathen deities going back to my high school days, most of my partners have maintained some level of cultus for Óðinn, I’ve participated in various Northern European derived rituals from different denominations, and my wife and I currently run a blended polytheist household. On top of that as I trace Dionysos’ backstory as Óðr I’ve begun deepening my veneration of Loki, Óðinn, Freyja, Freyr, Thor, Sigyn, Máni, Perun and Baba Yaga out of respect to the relationships they appear to have with my God.

But that isn’t really what these good folks are asking about, nor does it truly reflect the Starry Bear as I’ve envisioned it. I think this is some of the necessary work that has to be done before the current will open itself, but what comes through will likely end up looking vastly different, so I can’t properly speak to that either.

This puts me in a rather uncomfortable position – and yet this kind of thing cannot be rushed. Traditions must grow in their own time and ways and if it takes another five years before I’m ready to bring folks in, so be it.

The last couple posts give you a sense of what I mean by focusing on lower level religiosity than most contemporary Heathen groups. It’s these folk-derived beliefs and practices I want to mine rather than just focusing on the Gods and Ancestors the way they do, if they even do. (I’ve heard tales of atheist goðar and vǫlur, of all things.) I figure we can fill in each other’s gaps, assuming they have any interest in working with us, but mostly I see us as being as distinct from mainstream Heathenry as Starry Bull is from conventional Hellenismós.

6 thoughts on “Birthing a tradition”