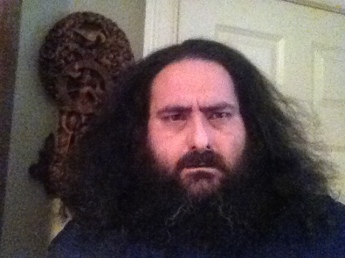 I feel justified in referring to the Starry Bull as a tradition. We have multiple Orpheotelestai who have initiated folks in the double digits. We have a respectable body of literature, produced by myself and several others. We have schismed into multiple lineages (which mostly don’t speak to each other anymore.) There are several online groups run for and by members (even if I’m no longer involved so I can’t speak to how active or accurate they are.) Even folks who no longer consider themselves members are continuing the work they began while with us. I’ve started teaching classes again and the Hudson Valley Bakcheion will be holding regular meetings and public rituals in 2020 e.v., beginning with Lenaia for which 6 or 7 people have already RSVPed.

Starry Bear, on the other hand, I consider to have the status of proto-tradition. Although there are a couple folks I regularly discuss it with and have helped me tinker with some experimental ritual and mystical tech, it is still very much my own brain child and in need of a great deal of research and development. In fact I don’t think I’ve even attempted to explain what it is, with most of my writing focusing on the history of Greek and Northern contacts, the identification of Dionysos with Óðr and Freyja with Kírkē, and more briefly arcolatry and star-lore. Although these are fascinating subjects with  each requiring further exploration, I’ve really just scratched the surface as far as the Starry Bear is concerned. My hope is that in a year or three we’ll be in a position to start bringing others into it, so I suppose I should begin articulating my vision for the Starry Bear proto-tradition.

In the past I’ve jokingly referred to it as Bacchic Orphic Heathenry, but that’s not too far off. One thread of it will concern the presence of Dionysos in Northern Italy, central Europe, Asia Minor, along the coast of the Black Sea, as well as Skythia and Hyperborea up through the Russian, German, Scandinavian, French, and English Romantic movements, and a little after. Orphic cults proliferated in this area – particularly in the present-day Ukraine – as well as groups such as the Kapnobatai, the Galactophagai, Pythagoreans and allied figures like Aristeas, Abaris, Hermotimos, Zalmoxis and Pseudo-Alexander, all of whom betray strong shamanic traits and practices. And a ton of stuff involving Medeia. I’m going to stitch all of this together into a form of bakcheia similar to but distinct from what we do in the Starry Bull.

There are also three strains of Dionysiac myth I need to tease out. The first of these concerns a series of archaic myths and later folktales concerning a Bear King which I believe refer to him (especially when death and rebirth are involved or he’s attempting to woo a maiden, who in some versions turns out to be his sister.) Next there is his lost history as Óðr, some of which I’ve pieced together from allusions, puns and riddles in the Eddas and Sagas, folktales, fairy stories, superstitions and ballads as well as things I’ve gleaned from dreams, visions, divination, ritual encounters, inspired writing and UPG. And the third is continuations of the lore found in Medieval, Renaissance, Romantic, and more contemporary literature concerning both Dionysos and Óðr. (Not to mention other Greco-Roman and Heathen divinities.)

Next I want to flesh out my understanding of Dionysos’ relationships with the Germanic, Slavic, Baltic, and Celtic divinities. His friends and allies will then constitute the loose Starry Bear pantheon. As above this process will consist of research, dreams, visions, divination, ritual encounters, inspired writing and UPG.

The next stage will involve a synthesis of core devotional practices largely drawn from the level of superstitions, fairytales, folklore and folkways, and even syncretic, quasi-Christian customs from these countries. The various branches of Heathenry have the higher stratum covered, so we’ll draw on lower level religiosity. Likewise I want to develop our own ecstatic and sorcerous techniques since there are serious problems with how a lot of folks do seiðr, runework and the like.

Plus all the Black Sun stuff.

There’s a whole lot more to it, but that should suffice to give you a rough sense of what I mean when I refer to the Starry Bear proto-tradition – and how much effort it’ll take to bring this thing to the surface.

2 thoughts on “My vision for the Starry Bear proto-tradition”