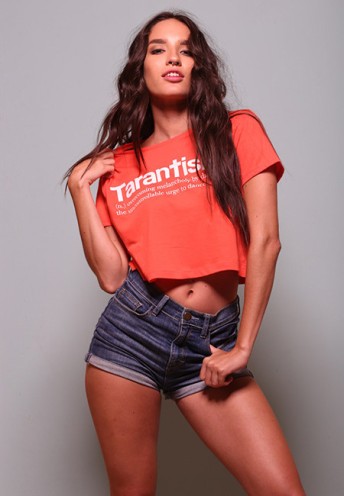 Nicola Caputo of Lecce, De Tarantulae anatomie et morsu pg. 201
They customarily adorn the bedroom dedicated to the dance of the tarantati with verdant branches outfitted with numerous ribbons and silken sashes in gaudy colors. They place similar drapery throughout the room; sometimes they prepare a sort of cauldron or tub full of water, decorated with vine leaves and green fronds from other trees; or they make pretty fountains of limpid water spout, capable of lifting the spirits, and it is near these that the tarantati perform the dance, seeming to draw the greatest delight from them, as well as the rest of the setting. They contemplate the drapes, the fronds, and the artificial rivulets, and they wet their hands and heads at the fountain. They also remove damp bands of vine leaves from the cauldron and strew them all over their bodies, or – when the vessel is large enough – they plunge themselves inside, and in this way they can more easily bear the fatigue of the dance. It often happens that those who go dancing through the towns and hamlets accompanied by the usual music are brought to an orchard, where, in the shade of a tree, near a pond or brook offered by nature or prepared through craft, they abandon themselves to the dance with the greatest delight, while groups of youths in search of pleasure and pranks gather near. Among the latter mingle more than a few who are approaching old age and who, contemplating with serious curiosity the melodic frolicking, seem to exhort the youths with unspoken admonishment.