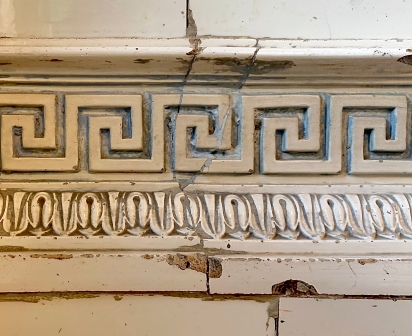 I may have solved the conundrum mentioned here, regarding the obscure Olbian month-name Kúanepsion. If you recall I hypothesized that it could have been derived from the Nymph Kyanê, who was one of Kore’s flower-gathering attendants in Sicily. I dismissed the idea because she seemed to be a figure of limited, local significance so they were unlikely to have even heard of her all the way over in the Ukraine, let alone honored her in their civic calendar.

But then this morning I was reading Ovid’s Metamorphoses looking for something completely unrelated when I discovered that Kyanê was the daughter of the river-God Maiandros who was hugely important in the region, and is the origin of the “Greek key”  symbol (and labyrinth double) meander, which I’ve written about here. Furthermore, Kyanê was married to Miletos the eponymous hero who founded the famous polis in Asia Minor, of which Olbia was an apoikia or colony. (His parentage varies depending on the source, but candidates include both King Minos and Asterion.) The story of Kyanê’s  incestuous children Byblis and Caunus is told in Book IX:439-516, beginning with this significant bit:

When he was in his prime, Minos had made great nations tremble at his very name: now he was weak, and feared Miletus, who was proud of his strength and parentage, the son of Phoebus Apollo and the Nymph Deione. Though Minos believed Miletus might plot an insurrection, he still did not dare to deny him his home. On your own initiative, Miletus, you left, cutting the waters of the Aegean in your swift ship, and built a city on the soil of Asia, that still carries its founder’s name. There you knew Cyane, the daughter of Maeander, whose stream so often curves back on itself, when she was following her father’s winding shores. Twin children were born to her, of outstanding beauty of body, Byblis and her brother Caunus.

So, yeah. I think it entirely possible that’s where Kúanepsion comes from.

Interestingly, after the publication of the Metamorphoses Ovid was exiled to Tomis on the Black Sea where he wrote several books complaining about the marijuana-smoking Skythians and their strange customs. 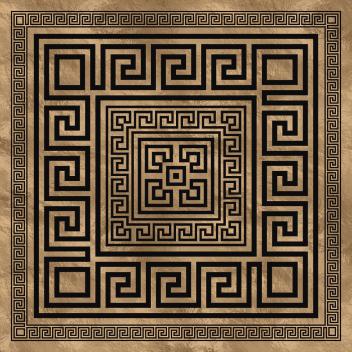 Oh, and the other month name I couldn’t figure out, Kalamaion?

Well, as it turns out, Maiandros had a son by the name of Kalamos (meaning “reed”) whose boyfriend Karpos became the personification of the vine after he drowned, as told in Nonnos’ Dionysiaka 11.370-481. At first he does not realize that the “rosy-armed youth” has died, and so Kalamos wanders in search of him like an Aletide. Eventually he arrives at the truth and:

To honour the dead he cut with sorrowful steel a dark lock of his hair, long cherished and kept, and holding out this mourning tress to Maiandros his father, he said these last words: “Accept this hair, and then my body; for I cannot see the light of another dawn without Karpos. Karpos and Kalamos had one life, and both one watery death together in the same stream. Build on the river bank, ye Naiads, one empty barrow for both, and on the tombstone let this verse be engraved in letters of mourning: I am the grave of Karpos and Kalamos, a pair of lovers, whom the pitiless water slew in days of yore. Cut off just one small tress of your hair for Kalamos too, your own dying brother so unhappy in love, and for Karpos cut all the hair of your heads.” With these words, he threw himself into the river and sank, as he swallowed the sonslaying water of an unwilling father. Then Kalamos gave his form to the reeds which took his name and like substance; and Karpos grew up as the fruit of the earth.

Eros tells their tragic story to Dionysos after the death of his own beloved Ampelos who was gored by a bull, in an effort to assuage his grief – which only stirs up a greater frenzy in the God.

Later in Dionysiaka 12.98-102 the river Hydaspes begs Dionysos not to destroy the kalamoi which grow along his banks, for the reeds will support the vine which he loves  and his fruit will proudly hang from their struts.

You can read the story for yourself here.

I am pretty sure that’s where Kalamaion comes from, and that it would make a great aition for a festival. Perhaps including a reading of Walt Whitman’s “Calamus” poems from Leaves of Grass, to make the Antinoan undercurrent explicit.

4 thoughts on “whose stream so often curves back on itself”