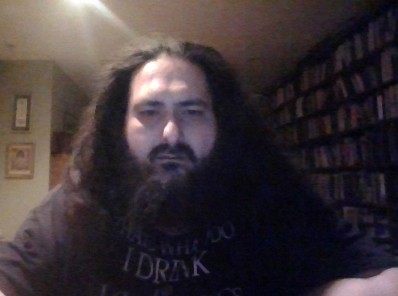 Isn’t being a conservative Dionysian an oxymoron?

No. There was a time when that was actually the norm.

Historically Dionysos was as likely to support the establishment as he was the radicals on the fringes of society. For instance, as I mentioned in my piece on the Lenaia:

Like the City Dionysia Lenaia was an occasion for the premiere of new theatrical pieces, but unlike that festival which brought in curious spectators from all parts of the Hellenic world the performances at the Lenaia were viewed by Athenian citizens and metics only. (Pragmatically this may have begun as a result of adverse travel conditions caused by frigid winter winds but in time it became a point of pride for them.) There were massive parades through the streets led by the Archon Basileos and the Epimeletai, officials who oversaw the sacred ceremonies of the Eleusinian mysteries as well. There were speeches by political grandees, awards given to outstanding citizens, veterans and their families, and the vital business of the day was discussed in public. Most people, however, looked forward to their own private Lenaia celebrations where the old wine flowed copiously and all sought ways to keep themselves warm on such frigid nights. (Plato’s Symposion is an account of one such private celebration, hosted by Agathon flush from his victory at the games.) In fact, participation in the festival could be seen as part of what made up one’s essential Athenianness as Athenaios demonstrates when he has Mandrogenes the buffoon quip, “But you who never go out of Athens think yourself happy when you hear the precepts of Theophrastos and when you eat thyme, and salads, and nice twisted loaves, solemnizing the Lenaean festival, and the Potfeast at the Anthesteria.” (Deipnosophistai 4.130c)

Nor was this limited just to Athens. All over the Greek and Roman world we find Bacchic cults proliferating among the wealthy, conservative elites, such as at Istros:

Thus, the evidence for the cult of Dionysus at Istros does not stem from early times and it is rather unlikely that it was of Milesian origin. Even so, by the Roman period it had become one of the most, if not the most important cult of the city; the cult of Apollo Ietros may have surpassed it in prestige, but none other outshone it in popularity. This is shown not only by the sheer number of attestations, by the multitude of cult associations, but also by the fact that the priests of Dionysus belonged to the elites of the city or were closely connected to them. […] Cult associations in themselves were nothing new in the Western Pontic cities; witness the very active Dionysiac thiasos of Callatis, which in the 3rd century BC built its own temple and which later would emulate the practices of the polis concerning the honouring of its benefactors; or the less visibly active Poseidonian association of Taureastai at Istros. However, the associations discussed above, and other mostly Dionysiac – were adapting to the new circumstances. Roman inﬂuence was active, not so much upon religious life directly, as upon social structures and mentalities, which in their turn inﬂuenced religious life. Thus, associations in the Greek East generally and Dionysiac ones in particular had become loyalist, filo-Imperial, trustworthy centers of political fidelity. Thus, given the conservative outlook of such associations, it is not surprising that their members should wish to preserve their social status and prestige in their dealings with outside partners. (Ligia Ruscu, On cult associations at Istros and Tomis)

To good fortune. Auxanon, banker of the city and secretary of the foremost Bacchic Kynosoureites (i.e. a Dionysiac group named after the “dog’s-tail”, perhaps the Ursa Minor constellation), set up the enclosure (cancelli). (CIG 3679)

For good fortune! For the health, victory, and eternal duration of our lord emperor Lucius Septimius Severus Pertinax Arabicus Adiabenicus, of Marcus Aurelius Antonius Caesar, of his entire household, of the sacred Senate, and of the People of Perinthos, which oversees the temple. Marcus son of Horos has dedicated the pillar to the Baccheion of Asians (Asianoi) from his own resources, for the eternal honor and goodwill towards him. This was done when Statilius Barbaros was governor, Pomponius Justinianus was in charge of the sacred things (hieromnemon), Maximus son of Claudius was chief initiate, and Eutychos son of Epiktetos was priest. Prosper. (IPerinthos 56)

Indeed, throughout his mythical travels Dionysos was most often received by members of the various royal houses, rewarding their hospitality or punishing their neglect and disdain. Furthermore, many of the Hellenistic Dynasts not only favored his cult, but modeled their rule on his image and ideology.

Yet in my experience the overwhelming majority of contemporary Dionysians tend to skew Classical Liberal to Libertarian on the one hand or Leftist to Anarcho-Communist on the other. It is rare to find one of us expressing Conservative let alone more Right-wing views such as Monarchism, though we are definitely out there.

Part of this may be due to our general feeling that what belongs outside the temple should remain outside the temple; we are here to discuss Gods, not politics. It may also be that most online forums are run and populated by people who do not share our beliefs and are not interested in hearing alternative opinions. Not wanting to be contentious, or fearing that we’ll be doxxed, deplatformed, besmirched or threatened with violence towards ourselves and our loved ones, well, we just tend to remain tight-lipped in public and only share our politics with folks we know we can trust not to freak out on us.

As someone who has been pretty open about my dangerously deviant ideology I hear from Dionysians like myself more often than you would imagine – including some notable figures in the community with far too much to lose to participate in the online version of the culture wars. Yes, we very likely are in your favorite Reddit, Facebook or Tumblr group without you even realizing it.

And that doesn’t matter as long as one thing is remembered: you don’t speak for Dionysos, and neither do we.

One thought on “We are out there”