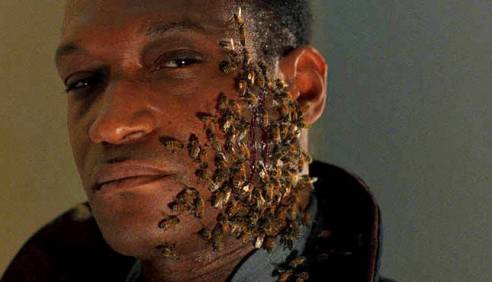 From the third book of Ovid’s Fasti

There’s a popular festival of Bacchus, on the third day after the Ides: Bacchus, favour the poet who sings your feast. I’ll not speak about Semele: you’d have been born defenceless, If it hadn’t been that Jupiter brought her his lightning too. Nor will I tell how the mother’s labour was fulfilled in a father’s body, so you might duly be born their son. It would take long to tell of the conquered Sithonians, and the Scythians, and the races of incense-bearing India. I’ll be silent about you too, Pentheus, sad prey to your own mother, and you Lycurgus, who killed your own son in madness. Lo, I’d like to speak of the monstrous Tyrrhenians, who suddenly became dolphins, but that’s not the task of this verse. The task of this verse is to set out the reasons why a vine-planter sells his cakes to the crowd.

Liber, before your birth the altars were without offerings, and grass appeared on the stone-cold hearths. They tell how you set aside the first fruits for Jupiter, after subduing the Ganges region, and the whole of the East. You were the first to offer up cinnamon and incense from conquered lands, and the roast entrails of triumphal oxen. Libations derive their name from their originator, And cake (liba) since a part is offered on the sacred hearth. Honey-cakes are baked for the God, because he delights in sweet substances, and they say that Bacchus discovered honey.

He was travelling from sandy Hebrus, accompanied by Satyrs, (my tale contains a not-unpleasant jest) and he’d come to Mount Rhodope, and flowering Pangaeus: with the cymbals clashing in his companions’ hands. Behold unknown winged things gather to the jangling, bees, that follow after the echoing bronze. Liber gathered the swarm and shut it in a hollow tree, And was rewarded with the prize of discovering honey. Once the Satyrs, and old bald-headed Silenus, had tasted it, they searched for the yellow combs in every tree. The old fellow heard a swarm humming in a hollow elm, saw the honeycombs, but pretended otherwise: and sitting lazily on his hollow-backed ass, he rode it up to the elm where the trunk was hollow. He stood and leant on the stump of a branch, And greedily reached for the honey hidden inside. But thousands of hornets gathered, thrusting their stings into his bald head, leaving their mark on his snub-nosed face. He fell headlong, and received a kick from the ass, as he shouted to his friends and called for help. The Satyrs ran up, and laughed at their father’s face, while he limped about on his damaged knee. Bacchus himself laughed and showed him the use of mud: Silenus took his advice, and smeared his face with clay.

Father Liber loves honey: its right to offer its discoverer Glittering honey diffused through oven-warm cakes. The reason why a woman presides isn’t obscure: Bacchus stirs crowds of women with his thyrsus. Why an old woman, you ask? That age drinks more, and loves the gifts of the teeming vine. Why is she wreathed with ivy? Ivy’s dearest to Bacchus: and why that’s so doesn’t take long to tell. They say that when Juno his stepmother was searching for the boy, the nymphs of Nysa hid the cradle in ivy leaves.

It remains for me to reveal why the toga virilis, the gown Of manhood, is given to boys on your day, Bacchus: whether it’s because you seem to be ever boy or youth, and your age is somewhere between the two: or because you’re a father, fathers commend their sons, their pledges of love, to your care and divinity: or because you’re Liber, the gown of liberty and a more liberated life are adopted, for you: or is it because, in the days when the ancients tilled the fields more vigorously, and Senators worked their fathers’ land, and ‘rods and axes’ took Consuls from the curving plough, and it wasn’t a crime to have work-worn hands, the farmers came to the City for the games, (though that was an honour paid to the Gods, and not their inclination: and the grape’s discoverer held his games this day, while now he shares that of torch-bearing Ceres.) And the day seemed not unfitting for granting the toga, so that a crowd could celebrate the fresh novice? Father turn your mild head here, and gentle horns, and spread the sails of my art to a favourable breeze.

If I remember rightly, on this, and the preceding day, crowds go to the Argei (their own page will tell who they are). The Kite star turns downwards near the Lycaonian Bear: on this night it’s first visible. If you wish to know who raised that falcon to heaven, it was when Saturn had been dethroned by Jupiter: angered, he stirred the mighty Titans to battle, And sought whatever help the Fates could grant him. There was a bull, a marvellous monster, born of Mother Earth, the hind part of which was of serpent-form: warned by the three Fates, grim Styx had imprisoned him in dark woods, surrounded by triple walls. There was a prophecy that whoever burnt the entrails of the bull, in the flames, would defeat the Eternal Gods. Briareus sacrificed it with an adamantine axe, and was about to set the innards on the flames: but Jupiter ordered the birds to snatch them: and the Kite brought them, and his service set him among the stars.