Tumblr is such a great educational resource.

Today I learned that Brandy Williams, a respected figure in the Thelemic and magical communities who has done tremendous work bringing to light the often overlooked or downplayed contributions of female occultists and mystics from the past (and whom I have read but never spoken to, corresponded with or even met though we’ve been at a couple of the same conferences) is a member of a super secret organization I run, and an operative disseminating disinformation on my behalf.

I’m sure she’ll be just as surprised to hear of this as I was. Ditto that she apparently learned of the Greek Gods from me.

I’m guessing she’ll also be just as annoyed as I am at the attempted erasure of yet another woman’s power, authority, agency, ability, intelligence and decades of effort on behalf of her Gods and communities.

Fuck you and your misogyny, lefty trolls. You’ve earned yourself a fig: 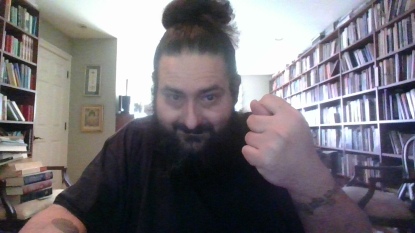 I mean, why assume she’s part of my organization and not the other way around? It’s the current year. Girls can run secret societies too. Isn’t that right, Beyoncé?

One thought on “Brandy Williams is not my puppet”